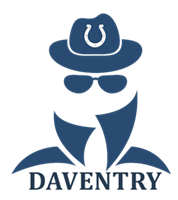 Tracy is a Private Investigator and complies with all Federal, Provincial/State and Municipal laws. Some of our clients include:

Expert witness court testimony or deposition $600/day
Travel, hotel expenses, etc. must also be covered and are in addition to our expert witness fee.
Click here to learn more.

Payment in full is required to begin an appraisal or private investigation. Reports requiring a rush job (less than 10 days) or reports involving litigation, divorce or bankruptcy must be paid via cash, eTransfer, money wire transfers or retainer through an attorney or insurance company. The appraisal fee may be subject to additional mileage fees, if applicable. Normal time required for a single horse appraisal is 10 to 14 days from receipt of pertinent information and payment. We do offer rush service for an additional fee for clients who require a report in 9 days or less.

GST to be added on top of all listed prices for Canadian residents.